There are many varieties of spiders in Australia, which thrive in different conditions. Some spider varieties that are commonly found inside homes have adapted to the conditions indoors and can live in a less humid atmosphere and with less food available. Some can even survive for months on end without food or water! Spiders that live outdoors prefer warm and damp surroundings, in which insects are their preferred source of food. 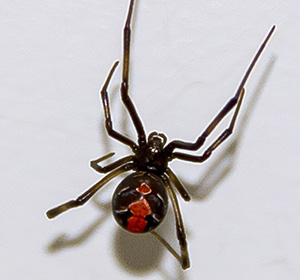 This spider has a pea-shaped abdomen with a characteristic red or orange stripe. Red-Backs build webs in and around your home throughout rubbish, around pot plants, outdoor furniture and logs. 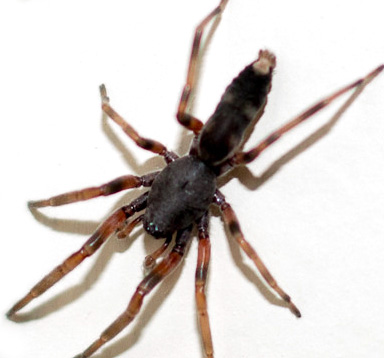 A dull, dark grey with a characteristic white spot on the end of the abdomen. Usually encountered inside houses sheltering from the weather or introduced on clothing brought in from the clothes line. Bites are very common due to the habits of this spider. 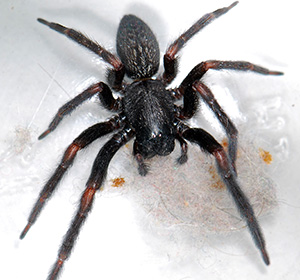 A dark brown to grey/black robust spider with some body markings. They build webs in the cavities of your home or in dark corners of windows, verandas, sheds or fences. 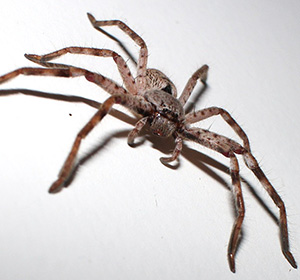 The Huntsman is mostly grey to brown with large long legs. They are often found around home and garden in search of prey. 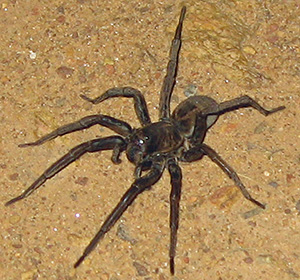 Wolf spiders have a mottled grey and brown body. Wolf spiders harbour under leaf litter in the garden or burrows in the ground around the home. 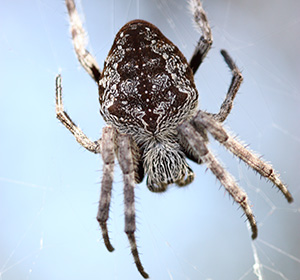 A reddish brown to grey spider with a leaf shaped pattern on their abdomen. They build suspended, sticky, wheeled shaped orb webs between trees and shrubs where insects are likely to fly.


What to do if you have spiders

It is good practise not to leave clothes or shoes on floor or shake them thoroughly before putting them on and check bedding before going to bed, vacuum regularly, remove noticeable webs, Fill in gaps in walls and under doors to prevent entry, reduce harborage areas around the home by relocating firewood away from the home.